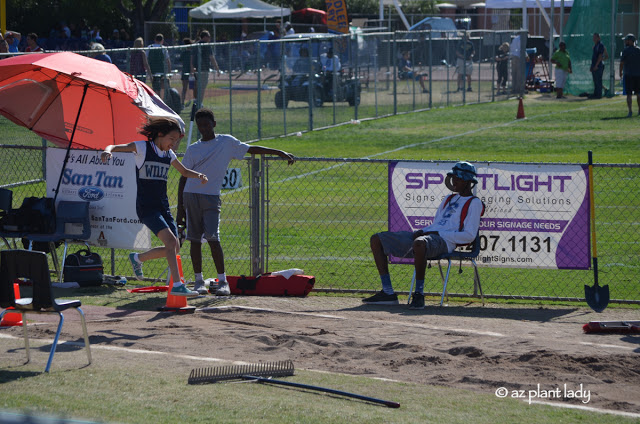 As you can see, this was a very memorable day for both Gracie and us.  Being a teenager is hard enough without having autism.  When you pair that with the challenges that they face everyday trying to fit into a world whose rules and social norms don’t make sense, then you get an idea of what a momentous occasion this was for her.
Gracie wore her medal to church yesterday and it warmed my heart to see members of our congregation come up to hug and congratulate her.

If you would like to see Gracie’s long jump video, I’ve posted it below.  You can read Gracie’s adoption story, here. The Long Road Back... Mystery Flower in the Vegetable Garden

Timely Pruning Produces Second Round of Flowers
Scroll to top